In early 1985, then UP System President Edgardo Angara convened and led the committee that brainstormed the idea of establishing a national rice research center. Through an Executive Order (EO 1061) signed by President Ferdinand Marcos on November 5, 1985, PhilRice was born. Senator Angara died on May 13 and was laid to rest in his hometown in Baler, Aurora, May 22. Photo credit: Inquirer.net.

PhilRice records show that then UP System President Angara in early 1985 convened and led the committee that brainstormed the idea of establishing a national rice research center.

“I think the Philippines took for granted the need to have our own research on rice because IRRI (International Rice Research Institute) is here. And that’s a mistake. If you have no domestic organization that will receive findings on improved varieties, and also that will receive the technology, then you will not be able to profit from the presence of an international organization like IRRI,” Angara said.

The PhilRice proposal was submitted to then President Ferdinand E. Marcos through then Agriculture and Food Minister Salvador H. Escudero III. Through an Executive Order (EO 1061) signed by Pres. Marcos on November 5, 1985, PhilRice was born.

Then Pres. Corazon C. Aquino signed EO 60 on November 7, 1986, which affirmed the creation and increased membership in the Board of Trustees of PhilRice from eight to twelve, each with a 2-year term.

As Secretary of Agriculture, Angara also ex-officio chaired the PhilRice Board of Trustees from May 1999 to December 2000.

“With the establishment of PhilRice and the biggest appropriation for R&D, among others, our agricultural sector grew by an all-time high of 3.6 percent, when I was Secretary of Agriculture,” he said in his valedictory speech at the Senate on June 5, 2013.

“We also safeguarded the rights of small-scale farmers, cooperatives, and independent farmers’ organizations through the Magna Carta for Small Farmers, and expanded formal countryside financing through the Rural Banks Act,” Angara added.

Senator Edgardo Angara at PhilRice through the years: 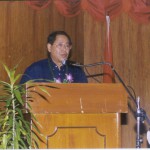 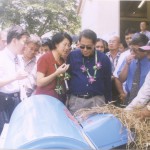 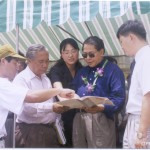 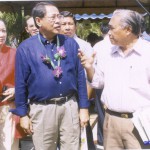 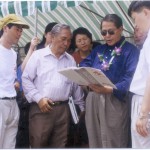 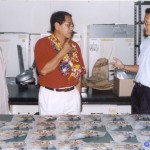 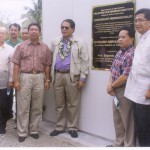 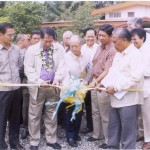 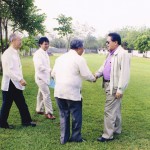 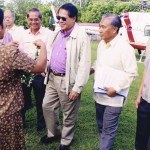 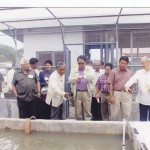 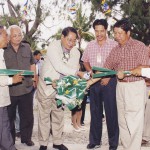