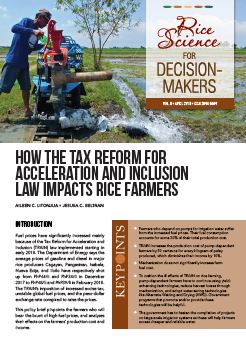 Farmers who depend on pumps for irrigation water suffer
from the increased fuel prices. Their fuel consumption
accounts for some 30% of their total production cost.
TRAIN increases the production cost of pump-dependent
farmers by 50 centavos for every kilogram of palay
produced, which diminishes their income by 10%.
Mechanization does not significantly increase farm
fuel cost.
To cushion the ill effects of TRAIN on rice farming,
pump-dependent farmers have to continue using yieldenhancing
technologies, reduce harvest losses through
mechanization, and adopt water-saving technologies
like Alternate Wetting and Drying (AWD). Government
programs that promote and/or provide these
technologies will be helpful.
The government has to hasten the completion of projects
on large-scale irrigation systems as these will help farmers
access cheaper and reliable water. 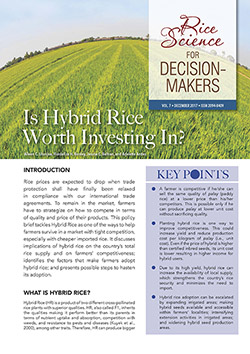 Is Hybrid Rice Worth Investing In?

Rice prices are expected to drop when trade
protection shall have finally been relaxed
in compliance with our international trade
agreements. To remain in the market, farmers
have to strategize on how to compete in terms
of quality and price of their products. This policy
brief tackles Hybrid Rice as one of the ways to help
farmers survive in a market with tight competition,
especially with cheaper imported rice. It discusses
implications of hybrid rice on the country’s total
rice supply and on farmers’ competitiveness;
identifies the factors that make farmers adopt
hybrid rice; and presents possible steps to hasten
its adoption. 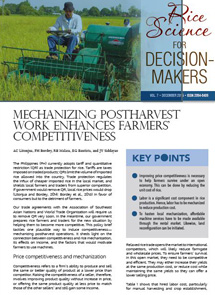 The Philippines (PH) currently adopts tariff and quantitative restriction (QR) as trade protection for rice. Tariffs are taxes imposed on traded products; QRs limit the volume of imported rice allowed into the country. Trade protection regulates the influx of cheaper imported rice in the local market, and shields local farmers and traders from superior competition. If government would remove QR, local rice prices would drop (Litonjua and Bordey, 2014; Bordey et al., 2016) in favor of consumers but to the detriment of farmers. 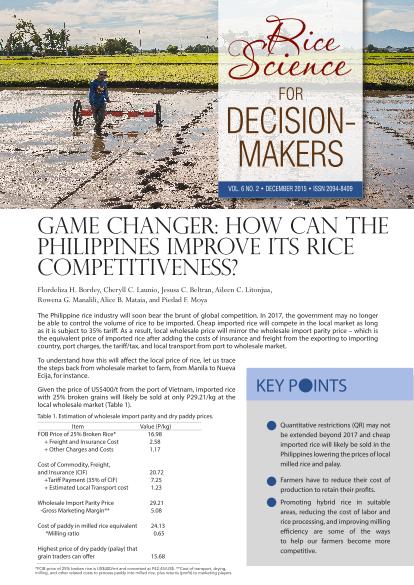 Game changer: How can the Philippines improve its rice competitiveness? – December 2015

The Philippine rice industry will soon bear the brunt of global competition. In 2017, the government may no longer
be able to control the volume of rice to be imported. Cheap imported rice will compete in the local market as long
as it is subject to 35% tariff. As a result, local wholesale price will mirror the wholesale import parity price – which is
the equivalent price of imported rice after adding the costs of insurance and freight from the exporting to importing
country, port charges, the tariff/tax, and local transport from port to wholesale market. 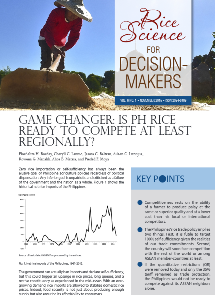 Zero rice importation or self-sufficiency has always been the elusive goal of Philippine agriculture policies regardless of political dispensation. Any inferior goal is unpatriotic and criticized as a failure of the government and the nation as a whole. Figure 1 shows the historical net rice imports of the Philippines. 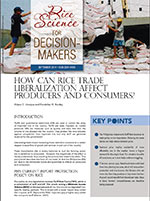 How can rice trade liberalization affect producers and consumers? – September 2014

Tariffs and quantitative restrictions (QR) are used to control the entry of imported rice in the country. Tariffs are taxes imposed on traded products; QRs are measures such as quotas and bans that limit the volume of rice allowed into the country. 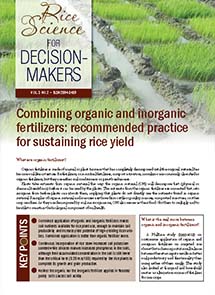 Organic fertilizer is made of animal or plant biomass that has completely decomposed until the original material has become soil-like in texture. Biofertilizers, or microbial fertilizers, compost activators, inoculums are commonly classified as organic fertilizers, but they are either soil conditioners or growth enhancers. 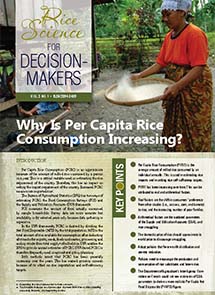 Why is per capita rice consumption increasing? – March 2012 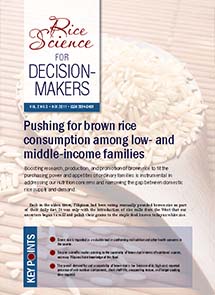 Boosting research, production, and promotion of brown rice to fit the purchasing power and appetites of ordinary families is instrumental in addressing our nutrition concerns and narrowing the gap between domestic rice supply and demand. 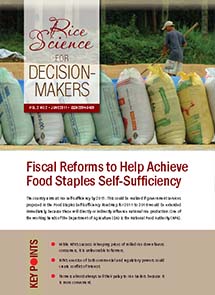 The country aims at rice self-sufficiency by 2013. This could be realized if government services proposed in the Food Staples Self-Sufficiency Roadmap for 2011 to 2016 would be extended immediately, because these will directly or indirectly influence national rice production. One of the working hands of the Department of Agriculture (DA) is the National Food Authority (NFA). 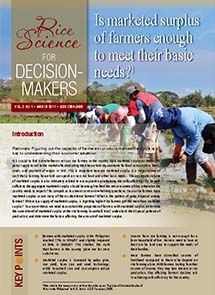 Is marketed surplus of farmers enough to meet their basic needs? – March 2011

Rationale: Figuring out the capacity of farmers to produce marketed surplus is a
key to understanding their economic situation 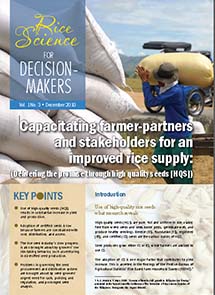 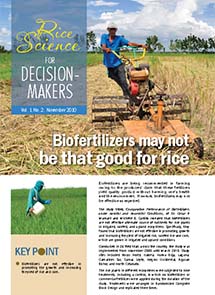 Biofertilizers may not be that good for rice – November 2010

Biofertilizers are being recommended in farming owing to the producers’ claim that these fertilizers yield quality product without harming one’s health and the environment. However, biofertilizers may not be effective as expected. 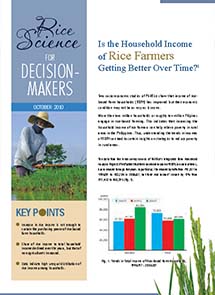 Is the household income of rice farmers getting better over time? – October 2010

Two socio-economic studies of PhilRice show that income of ricebased farm households (RBFH) has improved but their economic condition may not be as rosy as it seems.

For more information materials, click here.
Philippine Rice Research Institute (PhilRice) is a government corporate entity attached to the Department of Agriculture created through Executive Order 1061 on 5 November 1985 (as amended) to help develop high-yielding and cost-reducing technologies so farmers can produce enough rice for all Filipinos.