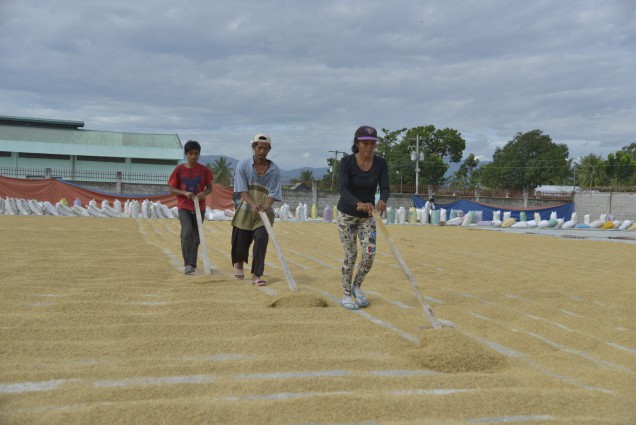 In an exhibit titled, “The Land Nurturers,” photo stories show that women outnumber the men by 2% during planting season. They also spend two days more than the men in harvesting and about three days more in drying the rice grain.

Dr. Diadem B. Gonzales-Esmero, PhilRice Gender and Development focal person, said the exhibit aims to increase awareness on the conditions of the women-farmers as the country celebrate Women’s Month this March.

“The contributions of women in rice farming are not noteworthy, but their issues are not given much attention. Other than working hours and wage, we also learned that they also have the least access to some services. These are based on data we gathered from three international and national studies and integrated the results in this art and photo exhibit,” she said.

In their 2016 study, “Women at Work in the Farm,” Dr. Irene R. Tanzo and her colleagues found that the women-farmers in Quezon and Zamboanga del Norte are engaged in more than half of the 51 farm activities from land preparation until selling of rice. They are mostly involved during pulling of seedlings, transplanting, and harvesting.

The study of Daryl Leyesa of National Rural Women Coalition-Philippines also reveal that women work for 11 hours during planting and harvestings days. In the farm household, they take the lead decision-making role in nine of 12 production areas, including farm capital, animal raising, and vegetable growing. Her male counterpart meanwhile, decides over the seeds and where/when to sell their produce.

Moreover, when compared with the woman workers in corn, coconut, sugar, vegetables, and onion, the women-rice farmers had the least access to school and health care facilities.

Launched in March 5 and installed at PhilRice main building, the exhibit is open to the public until April 6. PhilRice Gender and Development Focal Point System spearheads the exhibit program.