An epitome of strength 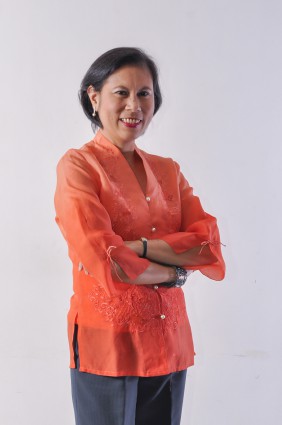 PhilRice is a home for inspiring women. Let’s discover the story behind one of PhilRice’s women-leaders and a gem of the Technology Management and Services Division.

Lea dR. Abaoag, more commonly known as Lei or Tita Lei, has been in the Institute for almost 30 years. Given her height and tasteful sense of fashion, people would not be surprised to know that she once dreamed and almost pursued a path to become a flight stewardess or a model.

More than the height, beauty, and wit, Lei is a principled woman of strength; strength that made her dedicate her life serving farmers; strength that compelled her to continue working while undergoing chemotherapy and radiation; and the strength that not even cancer, nor death, can ever break.

The courage of a mother, a leader, a survivor

Lei had been through a lot of challenges. One of her life’s most painful trials happened when she was carrying her first baby. She had a miscarriage while on travel for work This led to a critical pregnancy when she conceived her second child.

“It was hard. When I got pregnant with my second baby, I had to stay in bed. My pregnancy with my eldest was critical. We spent a lot of money so we can survive both.  I was clinically dead when I gave birth to her,” Lei recalled.

Her challenges of being a mother just started at giving birth as she had to juggle work and motherhood.

She had to make tough decisions to balance her career and family life. When she took up her master’s degree on Development Communication, she possessed a tireless energy to travel to and fro for more than 5 hours from Laguna to Nueva Ecija to be with her daughters.

“Weekdays I am with my younger one; weekend I am here in Nueva Ecija with my eldest. That’s my graduate life at UPLB,” Lei shared.

Experiencing the struggles of a working mother, Lei became one of the pioneers who pushed for the idea of establishing the PhilRice Daycare Center.

At work, Lei is unstoppable. In her battle with cancer ten years ago, she underwent an operation and had to go through eight chemotherapy cycles and 32 days of radiation. bet365 com Despite not knowing what will happen, Lei remained brave that she still went back to work while going through the chemocycle.

“I still go to work regardless of my baldness, of how I looked while I was on chemo. My thinking at that time was if I die, at least I’d die enjoying my work,” she said.

Her love for work became her strength to continue despite challenges.

After recovering and winning over cancer, she immediately got back to work According to Lei, the hardest part of coping with health issues is that people had apprehensions giving her big responsibilities, like she used to accomplish.

“If you’re a person who really loves to work, you would have felt unwanted. But I had to prove to them that I can still do it no matter what,” she recalled. neteller

As always, Lei overcame this challenge. Eleven months after her last chemo, she was sent for an official travel in South America.

“I never realized that I would go to South America and be given the opportunity to be of service to different nationalities after almost dying of cancer,” she said.

“The bottomline is if you enjoy what you do, if your work is appreciated, and if you’re happy, you will give all your heart into it.” 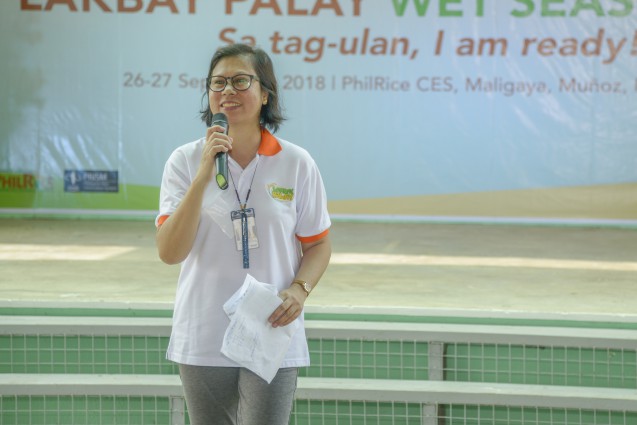 From glamourous to practical

Lei did not envision herself pursuing development work in her younger days. According to her, she always wanted to be a model or a flight stewardess, but because of a deal with her parents, she enrolled BS Development Communication major in Broadcasting, minor in Horticulture.

Her exposure to development communication and to the rural communities motivated her  to pursue a career in development, despite receiving an offer from an airline. She described this decision in her life as a “shift from glamour into something more practical.” With this decision, extended her stay in college for two years just so she could serve as a student assistant for DZLB, a community radio in UPLB.

Years later, fate brought Lei to PhilRice during its early days She was involved in development work and in conducting massive training for rice farmers.

Working for rice growers made her happy, and this made her stay. As she left her dream, she was starting a career of helping farmers realize their dreams of progress.

“For the farmers, it doesn’t matter what we can give; just  our sincerity. Farmers will always give everything they have. When a farmer offers you their home, their food, it’s everything they have, and it really saddens me every time people fail to appreciate them.” Lei mentioned this lesson from work.

Lei also handled major projects and created innovations in the Institute. Some of the projects she managed include the PalayCheck, the procurement and distribution of seeds for the Hybrid Commercialization Program, and the establishment of PhilRice Visitors’ Office. Lei was also the very first appointed executive assistant to PhilRice executive director.

After conquering great challenges, Lei believes that she’s still here because of a mission, and that is to continue touching the lives of farmers and empowering them through trainings and technologies.

“I am fulfilled seeing that my children are professionals now, and they take pride that their mother is a part of an agency that helps farmers. It feels great to know that my children are proud of me. Not to mention the appreciation I receive from farmers. There are three children in Africa named Lea. They named their children after me,” Lei answered when asked about the greatest fulfillment in her life. beout live

“Those things, for me, are priceless. No amount of money can buy that.”