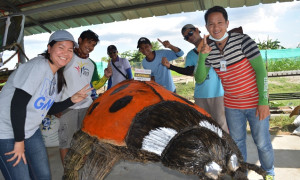 Maligaya, Science City of Muñoz – PhilRice’s FutureRice program organized a Dayami Festival, an art competition to help strengthen the Institute’s campaign against the burning of rice straw, May 9. “Through this competition, we hope to encourage farmers not to burn rice straw, promote awareness on its effects to the environment, and teach them about the environment-friendly alternatives,” says Marian Rikka Añora, PhilRice researcher and organizer of the event. Burning […]
Categories: News 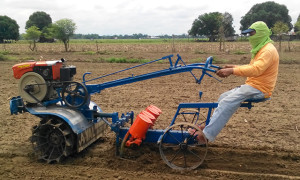 AgriHackathon: App that can outsmart climate change in agri won 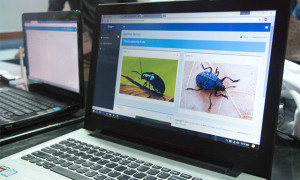 An ICT-based application that can analyze crop needs from planting to post-harvest while mitigating the effects of climate change was the grand winner in the 3rd AgriHackathon, an application development competition held at PhilRice, March 24-25. Called Crop++, the application was developed by IT students from Central Luzon State University. The application can monitor the current temperature and humidity of a farm area through a temperature sensor. It can also […]
Categories: News 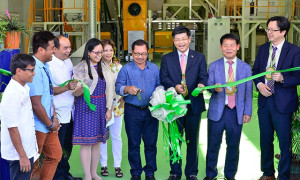 To provide high-quality seeds to farmers and seed growers, the first state-of-the-art rice seed processing facility that houses advanced equipment was inaugurated at the Philippine Rice Research Institute (PhilRice), Science City of Muñoz, December 6. Funded by the Korea International Cooperation Agency (KOICA) under the project Enhancing the capacity of production and distribution of high-quality rice seeds, the said facility is worth more than $2 M and can process up […]
Categories: News 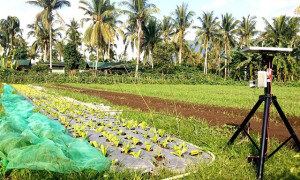 What started as a thesis proposal is now a startup business for a group of young entrepreneurs who developed a device to help solve crop heat stress in the country. “Crop heat stress is a condition that greatly affects growth, survival and crop yields, and this is due to the intense heat coming from the sun that causes drought and the powerful light that affects the proper photosynthesis process of […]
Categories: News 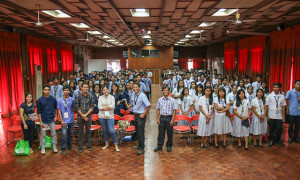 One strategy to attract the youth to venture in rice farming is to strengthen their awareness of the latest ICT tools in modern agriculture. On November 15, 2016, ICT experts gathered at PhilRice to inspire more than a hundred graduating students from five universities to venture in agricultural ICT. The 3rd Agrihackathon Symposium showcased the full utilization of ICT in agriculture. “Where else can we find the next noble ideas […]
Categories: News 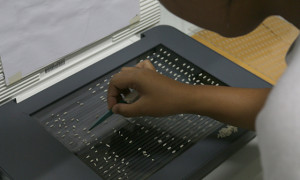 The Philippine Rice Information System (PRISM) received the Outstanding Research and Development Award given by the Los Baños Science Community Foundation Inc.’s (LBSCFI) during the 2016 National Science and Technology Week (NSTW), July 29, 2016. LBSCFI celebrated the NSTW through Syensaya, a science festival celebrated in Los Baños, Laguna with the support of its 22-member agencies and the Department of Science and Technology (DOST). The paper Mapping and monitoring rice […]
Categories: News 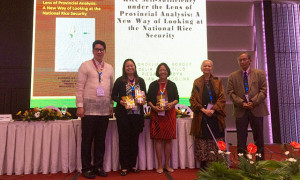 A book assessing the country’s provincial rice security was launched during the 38th National Academy of Science and Technology’s (NAST) annual scientific meeting at the Manila Hotel, July 13, 2016. Titled Rice self-sufficiency under the lens of provincial analysis: A new way of looking at the national rice security, the book analyzes the provincial data on rice production, harvested area, and yield from 2000 to 2013 to assess provincial rice […]
Categories: News 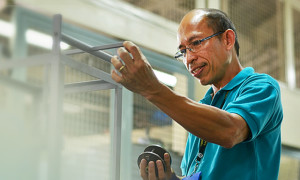