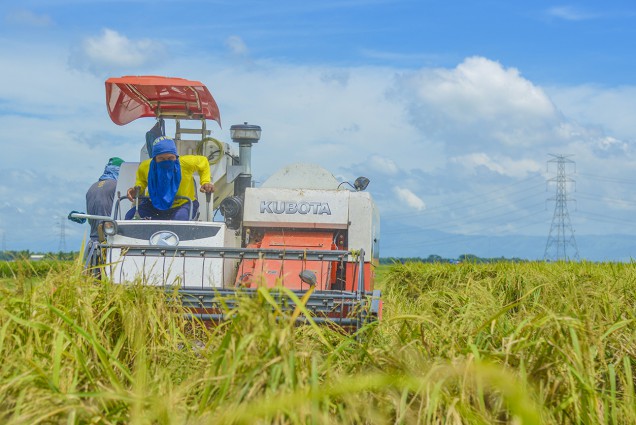 So much disinformation has been spread about the negative impact of the Rice Tariffication Act on the local rice industry to the point that the buying price of palay has dropped from a high of P22 per kilo last year to P14 and P15 in some parts of the country now.

In view of this, I have decided to address some basic questions to put an end to all the lies being peddled:

QUESTION: Is the drop in the buying price of palay by traders a result of the Rice Tariffication?

ANSWER: No! The Rice Tariffication Law has just been signed by President Rody Duterte.

It is not effective yet. There is a period within which the public will be notified and the Implementing Rules and Regulations still have to be finalized.

The fall in the buying price by traders is a result of speculation fueled by the anticipated “flooding” of the market with cheap imported rice which is expected with the opening up of the market.

QUESTION: Will the opening up of the local market to imported rice result in an oversupply which would kill the local rice industry?

ANSWER: No! Even if the importers would want to bring in huge volumes of imported rice, there is not much rice supply available in the world market.

As it is now, the volume of rice traded in the world market every year is only about 40-million metric tons of which about 38-million is already committed to specific non-rice producing countries.

The world population is growing exponentially while the land area is constant and this is true with rice exporting countries like Thailand, Vietnam, Cambodia, Pakistan and Myanmar.

A few years from today, Thailand and Vietnam will not be able to export the same volume of rice as they do now because they also have a growing population.

The Philippines cannot let go of its own Rice Production Program because the moment it becomes dependent on imported rice, even on a short term, it will end up at the mercy of the rice exporters who could sell their produce at an even higher price than our domestic cost of production.

The proposal by some economists that the Philippines would do better just importing rice rather than invest in its local rice production program is a short-sighted perspective.

If this view prevails, the Philippines will face a real rice crisis a few years from now with sky-high prices which the poor cannot afford.

QUESTION: How would the Rice Tariffication affect the Filipino rice farmers?

Initially, there would be a drop in the buying price of palay but the farmers are expected to adjust by increasing productivity with funds coming from tariffication.

The Rice Tariffication Law features a provision which says that the tariffs and duties collected from the rice importation (35% for ASEAN members and 50% for other sources) shall be turned over to a program called Rice Competitiveness Enhancement Fund (RCEF) estimated at no less than P10-B every year.

For 2019, the P10-B from RCEF is allocated as follows: P5-B for farm mechanisation; P3-B for high-yielding seeds; P1-B for credit and P1-B for technical skills training.

Properly used, the RCEF could actually increase the productivity of Filipino rice farmers because farm mechanisation alone will increase production efficiency and reduce post-harvest losses estimated at 16% of total production.

The P3-B intended from high-yielding seeds developed by IRRI and PhilRice is also expected to increase average farm yield by at least 2-metric tons in 1-million hectares for the first year of implementation.

The P1-B credit facility will also allow farmers to buy fertilizer and farm inputs thus increasing their productivity while the P1-B for technical skills training is expected to improve their farming technology.

There is an issue though that I would like to address because I have been unfairly accused by some elected officials that I am working against the Rice Tariffication Act.

QUESTION: Does Sec. Piñol support the lifting of the Quantitative Restrictions on Rice Importation and the Rice Tariffication Bill?

ANSWER: Of course! Besides, my personal views will not matter on whether these twin moves should be implemented or not.

The Philippine Government made these commitments to the World Trade Organization negotiations many, many years ago and these are commitments that we must honor or else we will face trade disputes from other WTO member countries.

I have always been an optimist and I look at the advantages which Philippine Agriculture could get from these twin measures rather cry over spilt milk.

Of course, I have to admit that I had my reservations on the provisions of the law which takes out the regulatory powers of the National Food Authority (NFA) but these are now settled with the signing of the bill into law.

I am a government worker and I will abide by the policy set by the administration and work to ensure its successful implementation.
So there you are. Your questions hopefully have been answered and doubts clarified.