Poe commended PhilRice for creating the rice paddy art as a symbol to raise the general public’s awareness on rice farming.

“This is a good advocacy in drawing people to support the agricultural sector. I hope we can raise the level of discourse as to how we can help improve the lives of our farmers,” she said.

She recalled that her father was very compassionate with the marginalized people, such as the farmers. FPJ played many movie roles protecting the poor and vulnerable people. Because of the rice paddy art, his father’ advocacy lives on.

Senator Poe was grateful to PhilRice for this initiative, and she promised that even if agriculture is not her assignment she is still willing to support and play the role that his father used to do to protect and advance the interest of the marginalized people, especially the farmers.

The rice paddy art is a project under the PhilRice FutureRice Program. It is open for public viewing until May 15. 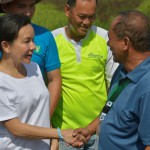 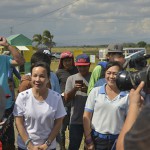 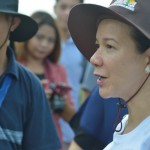