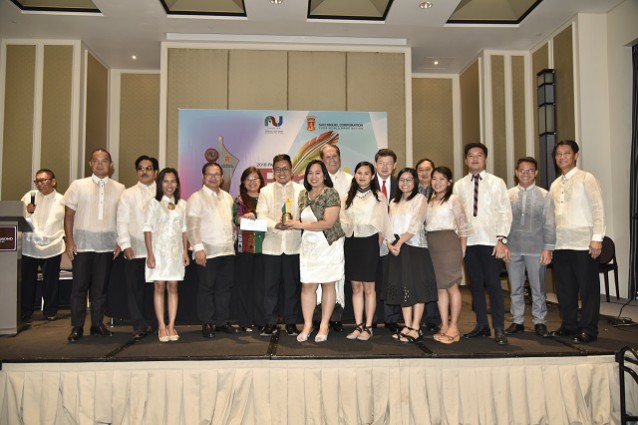 PhilRice officials and representatives received their awards on March 28 on two separate events.

Two of PhilRice’s knowledge products in 2018 won in the annual and prestigious BINHI Agricultural Journalism Awards. The Philippine Agricultural Journalists Inc. in cooperation with the San Miguel Corporation organized the Binhi Awards to recognize individuals and institutions in their efforts to disseminate relevant information in the agriculture, environment, and agrarian reform sector.

PhilRice produced radio program Bukid at Buhay aired through Sonshine Radio received the title Regional Agricultural Radio Program of the Year. Experts from the Institute were interviewed on air every Mondays to discuss timely agriculture issues and relevant technologies. 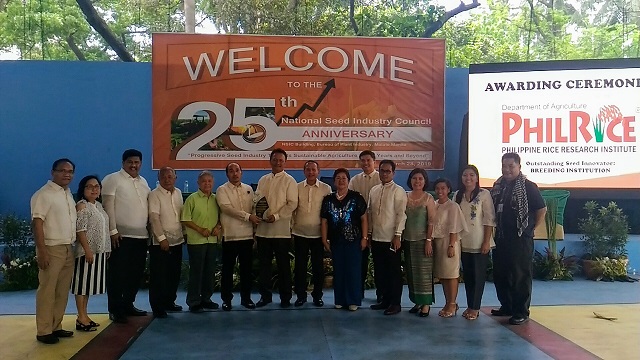 The Bureau of Plant Industry- National Seed Industry Council (BPI-NSIC) also recognized PhilRice’s efforts for its exemplary innovations leading to the development and registration of eighty-seven outstanding rice varieties. The Institute was awarded as the 2018 National Outstanding Seed Innovator in the Breeding Institution Category.

This awarding ceremony, which was held last March 28, 2019 in BPI in Malate, paid tribute to the key players of the country’s progressive seed industry, and their contributions in providing quality seeds across the country. The event was held as part of NSIC’s 25th founding anniversary.

Luzon winner of the Seed Grower Catergory, Gil del Barrio, also acknowledged the technologies introduced by PhilRice as instruments for his success in the farm.

No Related Post
Written by Donna Cris Corpuz
Thanks for rating this! Now tell the world how you feel - Share this on Twitter and on Facebook.
(Nah, it's cool; just take me back.)
MOODTHINGY
How does this post make you feel?
Philippine Rice Research Institute (PhilRice) is a government corporate entity attached to the Department of Agriculture created through Executive Order 1061 on 5 November 1985 (as amended) to help develop high-yielding and cost-reducing technologies so farmers can produce enough rice for all Filipinos.