The Philippine and Papua New Guinea (PNG) governments are collaborating to beef up their agriculture industry particularly their rice production system. A joint declaration to effect this partnership was signed by Agriculture Secretary Emmanuel Piñol and PNG Agriculture Minister Benny Allen with PH President Rodrigo Duterte and PNG Prime Minister Peter O’neill serving as witnesses at the Malacañang Palace, May 6.

According to Piñol, the declaration stipulates that both countries will work on the development of PNG’s rice industry while ensuring food security in the Philippines. The government, through PhilRice and the Bureau of Soils and Water Management, will provide the technological and technical assistance while a private Filipino corporation will invest on commercial production.

“We agreed that once the requirement of PNG on rice is satisfied, excess production will be imported to the Philippines,” Piñol said.

At present, PNG has a total population of 8 million, with a land mass of 48 million hectares.

“To satisfy their requirement, PNG would only need 30,000 ha to produce rice. In 2-3 years, they can expect sufficient rice supply for their people if they plant rice three times a year,” he explained.

“With their fertile lands, huge rivers, and favorable climate condition, we saw that PNG could yield 6-8 t/ha even without the use of fertilizers. We just need to help them improve their technical know-how,” he added.

Meanwhile, the PH government is optimistic that the agreement will bring in more jobs for Filipinos while ensuring a more sustainable rice supply in the country in the coming years.

“We expect to employ at least 60,000 Filipino agriculture graduates, machine operators, and rice farmers in PNG. Soon, their excess produce will be imported to the Philippines. It benefits both the Filipino farmers and the Filipino households,” Piñol explained.

He noted that the effect may not be felt immediately, but it is a means to assure that the next generation of Filipinos will have something to eat. “We have to do something because our population is growing exponentially and our land area is finite,” Piñol explained.

Meanwhile, PNG delegates Allen, Finance Minister James Marape, and 1st Secretary Korowa toured at PhilRice on May 17 to check on some rice technologies that can be adopted in their country. With them were Piñol and PH Ambassador to PNG Bienvenido Tejano.

Among the technologies presented at the Future Rice Farm include farm machines, high-yielding and traditional varieties planted in the country, climate-smart technologies, and rice-based products.

The PNG delegation also got a chance to see PhilRice’s collection of rice genetic resources at the Institute’s genebank.

Moreover, the Central Luzon State University, Bureau of Fisheries and Aquatic Resources, and the Philippine Center for Postharvest Development and Mechanization also showcased some of their agri-related technologies through an exhibit.

Allen said they are excited to implement the partnership and learn from the Philippines.

“This is something new to us. We are happy to see these technologies, specifically the farm machines and rice varieties that the Filipino farmers are using. We hope to adopt the suitable ones in PNG through the recommendation of PhilRice scientists,” he expressed. 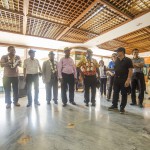 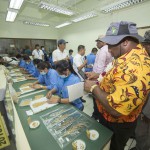 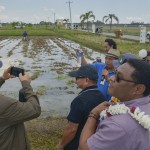 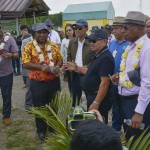 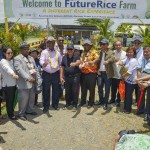 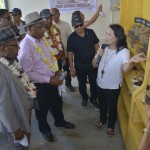 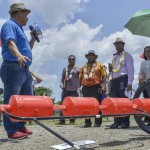 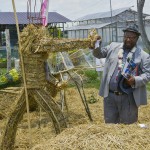 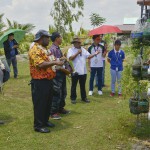 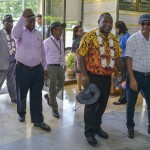 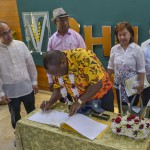 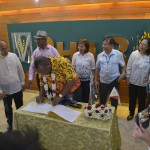 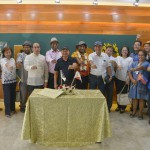 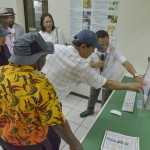 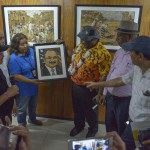 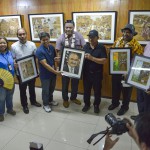