Mestiso 20 stands out in Bohol “Every variety performed well. However, M20 had a remarkable outcome, as it showed 98% resistance to blight. Only 2% of the crop was affected, which did not happen in the other areas where M20 was planted,” said Richard Romanillos, Philippine Rice Research Institute (PhilRice) senior science research specialist .

The NRTF primarily aimed to promote excellent performance of hybrid varieties in areas of Region 7 where hybrid is less prioritized.  The said forum also sought to find out the most suitable hybrid variety in a particular area, like Talibon.

Romanillos also added that from the previous cropping, a farmer who planted the M20 variety on his 5 hectare land  experienced first-hand increase on his harvest. From 110 cavans per hectare, it increased to 140 to 150 cav/ha, based on the report from the municipal agriculture office of Talibon. Aside from its high yield, M20 has also been commended for its good-eating quality.

The three-day forum was attended by 3000 farmers, as well as officials and technical consultants from the provincial and local government units and the Department of Agriculture- Regional Field Office 7 (DA-RFO 7) They toured around the 50-ha demo field with 29 varieties including M20 and five inbred varieties of PhilRice namely:  Rc 300, Rc 160, Rc 400, and Rc 402, which also demonstrated favorable results.

Bred by PhilRice and University of the Philippines Los Banos (UPLB), M20 is moderately resistant to green leafhopper and brown plant hopper. It yields an average of 6.4 t/ha and can reach as high as 11.7 t/ha.

M20 is also part of the Public Hybrid Rice Commercialization Program (PHRCP), which aims to encourage the use of public hybrid seeds and increase labor opportunities in hybrid seed production in rural rice-growing communities. This is through producing hybrid seed parental of public hybrids. At present, M20 is planted in several places in Region 1, as well as in Bulacan, Pangasinan, Cavite, Laguna, Kalinga, and Roxas.

Highlights of the 7th NRTF include: 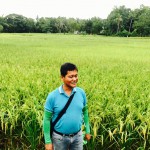 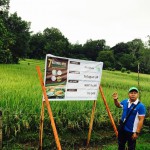 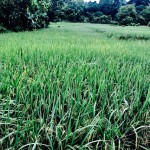 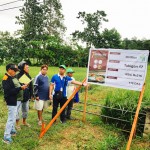 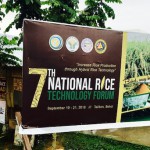 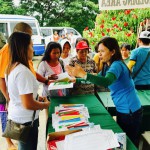 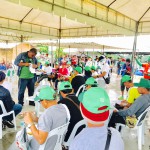 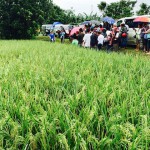 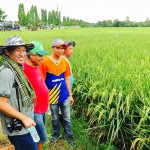 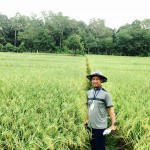 Written by Zenny Awing
Thanks for rating this! Now tell the world how you feel - Share this on Twitter and on Facebook.
(Nah, it's cool; just take me back.)
MOODTHINGY
How does this post make you feel?
Philippine Rice Research Institute (PhilRice) is a government corporate entity attached to the Department of Agriculture created through Executive Order 1061 on 5 November 1985 (as amended) to help develop high-yielding and cost-reducing technologies so farmers can produce enough rice for all Filipinos.