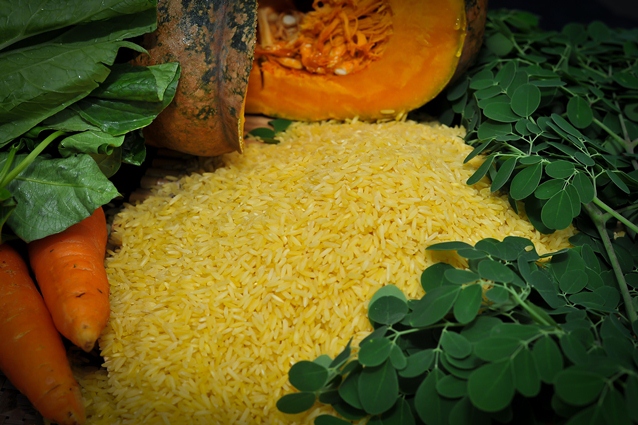 In a country where nutritious fruits and vegetables are abundant, you may think that health could never go wrong. Contrary to this belief, malnutrition has taken its roots in this land, where agriculture is the bread and butter.

Micronutrient deficiency or hidden hunger is among these. This form of malnutrition is asymptomatic －you will not know that you have it until it manifests through other forms of diseases or ailments in your body. This problem affects 2 billion people globally according to the World Health Organization. In the Philippines, problems on iron, iodine, and vitamin A deficiencies are evident.

The recent Food and Nutrition Survey shows that vitamin A deficiency among preschool children has increased from 15.2% in 2008 to 20.4% in 2013. This is equivalent to about 2.1 million children. These kids are at risk of getting sick owing to the weakening of their immune system; of going blind; and even of dying from common childhood infections as diarrheal disease and measles. A number of pregnant women and nursing mothers are also vitamin A deficient.

Both public and private sectors are taking steps to help address vitamin A deficiency. The current interventions are vitamin A capsule supplementation, intensive promotion of breastfeeding and complementary feeding practices, nutrition education, dietary diversification, and food fortification among others.

Being eyed as an additional intervention to address vitamin A deficiency is plant biofortification. In this process, the plant is developed through conventional breeding or modern biotechnology to produce the desired nutrient in its own capacity.  With biofortified foods, there is now a means to deliver good nutrition to areas where other interventions are hard to implement.

While this sounds very promising, the challenge is to choose the right crop to biofortify.  Among the important requirements is the capacity of this crop to penetrate and reach even to far flung communities. It must be a staple food, and in the Philippines, it is rice. This is evident in the 2013 Food and Nutrition Survey where rice ranks highest among Filipinos most commonly consumed foods. Meanwhile, a declining trend on fruits and vegetables consumption was observed.

PhilRice has been doing biofortification efforts through the ongoing research on Golden Rice. This new rice with a golden hue was developed to contain beta carotene, the same nutrient found in orange-colored fruits and vegetables, and is safely converted to vitamin A as needed by the human body.

“Golden Rice has a very great potential to help address the problem of vitamin A deficiency since we Filipinos are rice lovers. We eat rice three times a day, and even more,” said Dr. Roel Suralta, PhilRice Golden Rice Project Leader.

With these recent innovations in agriculture, crops can now be used as vehicle for good nutrition.

The Golden Rice Project is still ongoing with PhilRice as lead agency and in coordination with IRRI. For more information about the project, please contact Dr. Roel R. Suralta at  0999-569-7004.