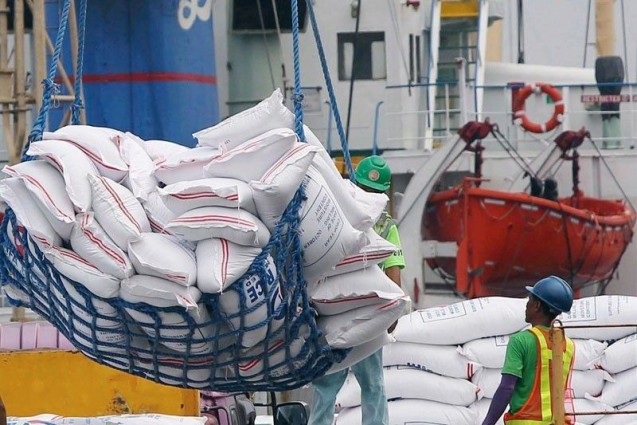 Juanito, 60, owns a 1-hectare rice field that he has been tilling for half of his life. One morning, somebody asks, “Did you know that rice farming will never be the same once we open our country to trade liberalization?” Confused, Juanito drops his jaw, scratches his head, and walks away wondering. When nothing comes to mind, he shrugs the idea off.

For farmers like Juanito, caring about their farms is more important than minding strange concepts they have yet to experience. For policy makers, however, the challenge to protect the country’s interest persists. What does the Philippines have in store?

In a democratic country like PH, freedom is valued the most. In the international market, freedom has two faces – one that exposes vulnerability of countries that are unprepared and the other that opens more opportunities to those who innovate.

The Philippines has yet to figure out her stand.

Businessdictionary.com defines trade liberalization (trade lib) as “the removal of or reduction in the trade practices that thwart free flow of goods and services from one nation to another. It includes dismantling of tariff as well as non-tariff barriers.” Tariff includes duties, surcharges, and export subsidies while non-tariff covers licensing regulations, quotas, and arbitrary standards.

Under free trade, contracting parties are expected to mutually benefit from trading of goods and services. The balance of supply and demand determines prices and is therefore the contributing factor of resource allocation.

Two critical principles have guided trade lib efforts after World War II, as reported by the Global Workforce Project: first is the non-discrimination principle stipulating that trade restriction and its reduction should equally apply to all countries’ trading partners, with equal treatment to both domestic and imported products; second is reciprocity that obliges participating countries to reduce import barriers in exchange for a comparable offer from negotiating partners.

Since the creation of the General Agreement on Tariffs and Trade (GATT) in 1947, member-countries have increasingly reduced tariff barriers and currency restrictions on international trade. Vesseth and Uchitelle observed a 35% reduction on average global tariffs in 2002 as a result of multilateral trade talks among countries.

PH in the 1980s enforced a unilateral tariff reform program that considerably lowered import restrictions and expanded trade, but quantitative restrictions (QR) were imposed on imported rice until June 2012. Also called trade quota, QR is the limit placed on the amount of goods and services that can be imported into a country.

Rice is revered not only as a source of food and livelihood but also an important political leverage.

Dr. Roehlano Briones, Senior Research Fellow of the Philippine Institute for Development Studies, noted that, “rice is also a political commodity and barometer of state legitimacy. Intervention in rice markets is therefore the status quo. The governments have sought to insulate consumers or producers from world markets in the name of food security and poverty alleviation.”

Thus, the PH government requested the World Trade Organization (WTO) for another extension of special treatment in rice for five years. Economists say that one reason is to shield the local rice farmers from the asymmetrical competition they will encounter in the face of trade liberalization.

“The Philippines apparently has been extending protection of the local rice farmers while agriculture in general and the rice industry in particular is adjusting to increased competition from imported rice,” observed UP Professor Ramon Clarete in 2012.

Clarete believes that trade lib is fast happening around the world and that PH should have been focused on preparing rather than delaying the inevitable.

“I take the view that PH should no longer seek a second extension of its special treatment. The entire 17-year period (1995-2012) of deferring integration of rice to the larger world rice industry ironically has continued to make the local industry unprepared for any competition in the future and has required substantial economic cost,” explained Clarete.

Clarete instead recommends that the government equip the rice industry with appropriate interventions that will make it competitive in the world market. Tariffication, or the conversion of all import barriers into customs duties, is said to be an option.

In his paper, Should the Philippines Tariffy its Quantitative Restriction on Rice?, Briones discussed the pros and cons of rice tariffication. The shift starts upon the expiration of special treatment given to rice, placing it under the normal WTO system where import restrictions will be converted to appropriate tariff equivalent rates.

It also necessitates negotiation on tariff rates among trading countries to facilitate market access. The WTO Agreement on Agriculture requires the rates to be eventually phased down.

Briones identified some advantages on gearing toward tariffication. Most of these advantages concern the government as it would mean additional earning from revenues. Whatever amount goes to the traders from quota rents (difference between domestic and world prices) also goes to the government.

Also, the convoluted process of computing the quota vis-à-vis the domestic production would no longer be necessary, simultaneously avoiding misinterpretation and uncertainty in import targeting.

Aileen Litonjua, PhilRice economist, concurred that the removal of restrictions under free trade brings some benefits. She said the scenario “can push the price of domestic rice downwards, favoring rice consumers.”

She also saw the possibility of addressing the problem on illegal rice importation. “Rice smugglers are after the price advantage of illegally imported rice over the domestic production. In free trade, rice prices are levelled-off,” she said.

Nonetheless, Litonjua mentioned the possible effects it can cause to small farmers. “Producers will surely be affected but we have to note that some studies (N. Gergely, DAO and D. Dawe, IRRI) suggest that the Philippines has no comparative advantage in rice production. We really have to explore other avenues to resolve this,” she added.

Briones used two scenarios to present the implications of tariff reduction. First is maintaining the status quo, that is, no tariff reduction. Second is reduction of current rate to 35%, by 3 percentage points per year.

“Our scenario analysis suggests that the gains in terms of affordability to consumers, or losses in terms of reduced prices for producers, are relatively small for the plausible adjustment of the tariff rates,” explained Briones. For him, the best reason to tariffy is to improve governance and investment climate for the rice supply chain.

Like Clarete, Briones believes that the government should no longer insist on QR extension but rather negotiate a tariff that can protect the producers while improving rice affordability to consumers.

For experts, the vision of liberalizing rice trade in the Philippines sparks a conquerable challenge for Filipinos. Certainly, plans have been laid out. As to how these will be operationalized, the government has started to figure it out.

In the midst of complications in world economies, farmers like Juanito have only one question: How, then, can we survive? Actions toward competitiveness may be the answer.