Munoz, Nueva Ecija – Thirty-five young candidates vying for the title “Mr. and Ms. Republic of the Philippines” paid a visit to PhilRice to learn about the Institute’s rice advocacies and programs, January 26.

PhilRice Acting Deputy Executive Director for Development, Dr. Karen Eloisa T. Barroga, welcomed them with a message highlighting the importance of being riceponsible. By being riceponsible, Barroga emphasized and enjoined the candidates to honor the rice farmers who grow our food and to avoid wasting rice. She asserted that rice wastage has become a common social problem these days with an average Filipino wasting 3 tablespoons of rice everyday.

“I certainly learned a lot especially about being Riceponsible and I was amazed with the idea on how we can help the rice industry in our own little way by not wasting rice, ’’ shares Ms. Isabela, April Liban.

Moreover, Ms. Melbourne, Australia, Leah Alivio, says: “I believed that this competition is totally different from other pageants. It has a strong focus in finding modern Filipinos who have intelligence and motivated to pursue education with the help of the scholarship to be acquired from the competition”.

At the FutureRice Farm, candidates were briefed on how new technologies are being used for rice farming and the integration of livestock into it. They also toured at the Rice Science Museum where they saw and learnt interesting rice arts and traditional tools of cultivating lands.

“The rice exhibit has been amazing especially the rice art and I gained knowledge on the different types of rice including their nutritional qualities,” shared Ms. Melbourne.

The organizers of the event committed to support the Be Riceponsible campaign and pledged to make all the candidates as ambassadors of the said campaign.

The beauty competition is a scholarship pageant for young men and women to foster education for a better and brighter future among Filipinos. It has a revolutionary approach to pageantry with emphasis on scholarship for winners and Philippine pride among the new generation of Filipinos based here and abroad.

Winners will receive up P900,000 worth of scholarship grants and an opportunity to travel abroad to promote their advocacies. The grand coronation night will be held at the Sofitel Philippines Plaza in Pasay City on January 31, 2018. 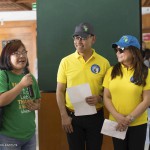 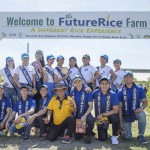 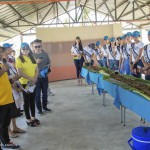 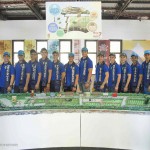 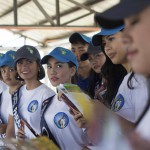 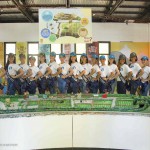 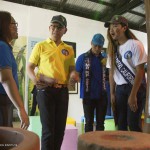 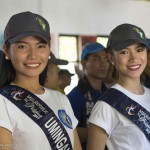 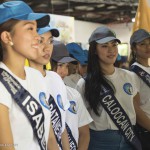 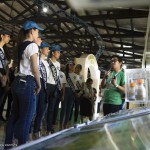 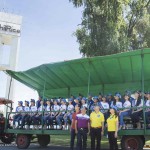 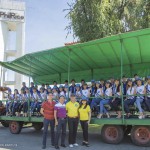 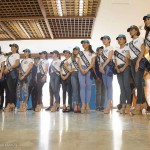 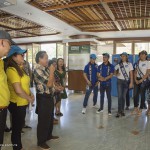 Written by Allan Biwang Jr.
Thanks for rating this! Now tell the world how you feel - Share this on Twitter and on Facebook.
(Nah, it's cool; just take me back.)
MOODTHINGY
How does this post make you feel?
Philippine Rice Research Institute (PhilRice) is a government corporate entity attached to the Department of Agriculture created through Executive Order 1061 on 5 November 1985 (as amended) to help develop high-yielding and cost-reducing technologies so farmers can produce enough rice for all Filipinos.