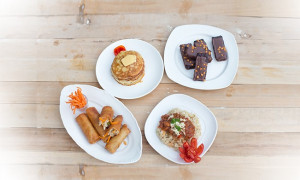 Thinking of a new year’s resolution? We suggest “healthy eating” as you welcome another year in your life. If you are an office worker, stay-at-home parent, or someone who lives a sedentary lifestyle, these are five principles of healthy eating you should keep in mind:   Eat a complete meal always.  Filipinos typically eat rice and their vegetable and/or meat viands together, leaving out fruits for dessert. Not the best […]
Categories: Features 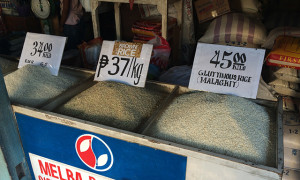 Brown rice was sold for a historically low P37/kg during its launching in Bohol, April 20. The Department of Agriculture-Philippine Rice Research Institute (DA-PhilRice) in partnership with the National Food Authority (NFA) recently forged ties to push for the consumption of brown rice by making it more accessible and affordable to the general public. Launched at the Island City Mall Activity Center in Tagbilaran City, the BROWN4good Project will ensure […]
Categories: News 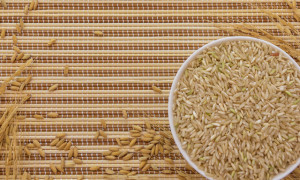 Eight of the best suman makers in Aurora competed during the Farmers’ Day, in what was to be their first official attempt at using unpolished or “brown” rice in creating the best tasting suman, 15 February. “Every year, the local government holds a Pinaka Contest. This 2016, we are holding the Pinakamasarap na Brown Rice Suman as suman is one of the most sought-after delicacy  that visitors and tourists buy […]
Categories: News