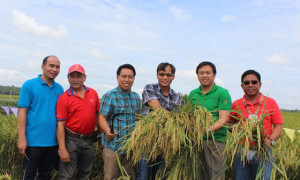 The Philippine Rice Research Institute (PhilRice) in Midsayap, North Cotabato launched new projects and rice-based value-adding enterprises during its annual farmers’ field day, Sept. 20. Over 1,000 farmers learned the latest projects of the station such as the PalaYamaNayon and Technical Cooperation Project 6 of the Japan International Cooperation Agency (JICA TCP 6). PalaYamaNayon promotes diversification, intensification, and integration to boost the income of rice-based farming villages. During the event, […]
Categories: News 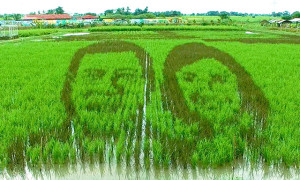 PhilRice has recently launched two rice paddy arts featuring the images of President Rodrigo Duterte and Vice President Leni Robredo. The PhilRice branch in Los Baños, Laguna has created the “Du30” rice paddy art while the FutureRice Farm at the PhilRice Central Experiment Station in Nueva Ecija featured Duterte and Robredo’s faces. This project called Rice Up Pilipinas is “a creative way to call for unity among Filipinos to become […]
Categories: News 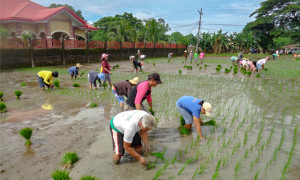 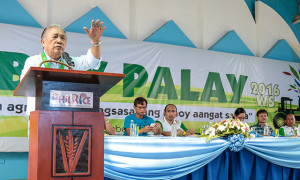 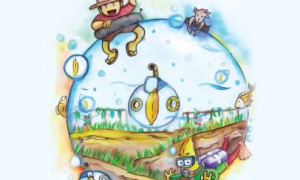 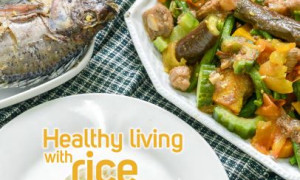 Bring vibrancy to food. A healthy plate doesn’t have to be boring. Pairing brown rice with your favorite colorful dish is a good start. Brown rice is just one of the many health-smart rice choices now made available and even affordable to develop healthier eating habits among Filipinos.
Categories: E-Magazines 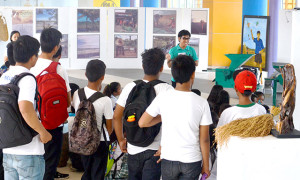 More than 2,000 youth attended an exhibit conducted by the Rice Science Museum in a mall in Cauayan City, Isabela as part of the country’s recent celebration of the Heritage Month. Dubbed as Tawid, the Iluko word for heritage, the mobile museum exhibit aimed to increase knowledge on Isabela’s rice heritage and production history. Danilo B. Tumamao, provincial agriculturist, said that despite the province’s accomplishments on rice farming, most of […]
Categories: News 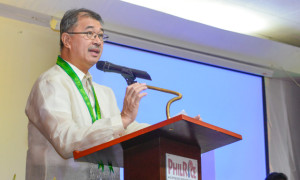 Department of Science and Technology (DOST) Secretary Fortunato T. Dela Peña acknowledged the outputs of rice research and development and the industry’s role in helping the country’s rice sector, September 7. “In a country where rice is a staple food, nothing compares for an ordinary citizen than to be assured of having an affordable, accessible, high quality, and nutritious rice at all times,” Dela Peña said during the opening of […]
Categories: News

DA official to scientists, researchers: bring technologies to the ground 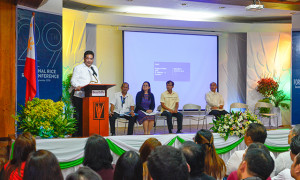 A key official of the Department of Agriculture (DA) challenged researchers and scientists to design and develop technologies that are reachable to the hands of the Filipino farmers. During the opening ceremony of the 29th National Rice R&D Conference held at the Philippine Rice Research Institute (PhilRice), DA Undersecretary for Policy and Planning Segfredo Serrano recognized the technologies developed by Filipino researchers but emphasized the importance of technologies’ accessibility. “The […]
Categories: News