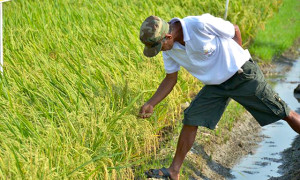 To identify appropriate varieties with wider or location-specific adaptation, the project titled Accelerating the development and adoption of next-generation (Next Gen) rice varieties for major ecosystem in the Philippines conducted the initial participatory varietal selection (PVS) in selected sites across 16 regions of the country. PVS entries were composed of new varieties developed under the DA’s Rice Self-sufficiency Program implemented in 2009 to 2013 and serving as start-up materials in […]
Categories: News 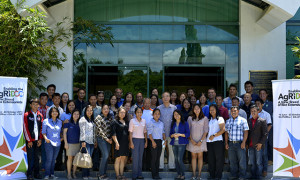 Continuing its objective of enabling the next generation of rice extensionists, Project IPaD welcomed participants from Visayas and Mindanao to its second batch of training program titled “Enabling the AgRiDOC: a new breed of rice extensionists.”   The Improving Technology Promotion and Delivery through Capability Enhancement of the Next Generation of Rice Extension Professionals and Intermediaries or IPaD is one of the seven projects under the flagship of the DA’s […]
Categories: News 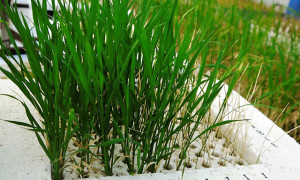 To mitigate the impacts of climate change on rice production and food security, the Department of Agriculture (DA)-PhilRice and the International Rice Research Institute (IRRI) are developing varieties that could withstand multiple biotic and abiotic stresses.  The collaborative project titled, ‘Accelerating the development and adoption of next-generation (NextGen) rice varieties for major ecosystems in the Philippines’ aims to fast-track  the introduction and adoption of higher yielding inbred and hybrid rice […]
Categories: News 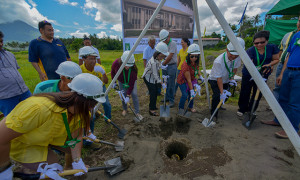 Bicolano farmers may further benefit from PhilRice’s research and development work as it constructs new facilities to address their problems on rice production. The 378-sqm laboratory and training building at PhilRice Bicol, Ligao, Albay, will showcase climate change-ready farming technologies and will be used for seed production. “Aside from climate-smart farming technologies, this facility will also focus on seed production to cater the needs of our farmers and seed growers […]
Categories: News

Last August 8, the Golden Rice field trial in Pili, Camarines Sur was destroyed.  According to a statement released by the Department of Agriculture-Regional Field Office 5 (DA-RFO 5), members of militant groups entered the DA compound and “…deliberately uprooted and trampled the rice plants in the experimental plots”. This happened despite an invitation to a dialogue at the DA by members and partners of the Golden Rice project. We […]
Categories: Golden Rice Statement 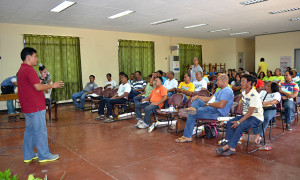 With the urgency of the rice pests issue in North Cotabato, PhilRice Midsayap conducted a forum on 2 June to tackle strategies the farmers can employ so they can still get decent yields amid prevalence of persistent pests. “During our farmers’ field day in April, we found that the rice fields were affected by ‘weedy rice’ – an emerging problem in the locality – and many farmers didn’t know how […]
Categories: News 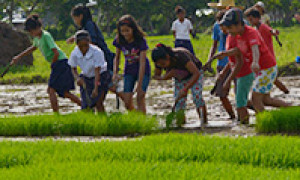 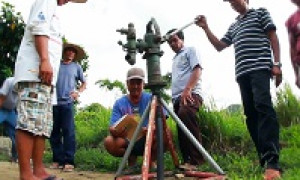 Petition to stop the destruction of GM crops

(as of 22 March 2014) The International Rice Research Institute (IRRI) reports that as of March 2014, the research, analysis and testing of beta carotene-enriched Golden Rice continues, in partnership with collaborating national research agencies in the Philippines, Indonesia, and Bangladesh. IRRI, together with its many partners across the globe, continues with the thorough analysis of the data emerging from the series of multi-location field trials (MLTs) conducted in the […]
Categories: Golden Rice Statement
Philippine Rice Research Institute (PhilRice) is a government corporate entity attached to the Department of Agriculture created through Executive Order 1061 on 5 November 1985 (as amended) to help develop high-yielding and cost-reducing technologies so farmers can produce enough rice for all Filipinos.